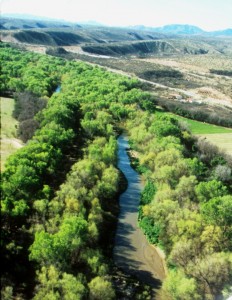 Audubon held conservation easement. This reach of river has the highest groundwater levels and perennial river flow, primarily treated wastewater, but with some groundwater seep augmentation. Tumacacori NHP protects 310 acres of parkland, the Juan Baptista de Anza Trail passes through private land on its northward route to the Tubac Country Club, where it currently terminates. A conservation easement held by Brasher Properties is present through the town of Tubac. The river continues through more private land north of Tubac on it way to Tucson’s Audubon’s 300 acre Esperanza Ranch conservation easement near Aqua Linda Farms. The IBA boundaries are defined by the riparian vegetation, including the mesquite bosques that border the broadleaf gallery forest. The IBA also includes all the National Historical Park and

Tucson Audubon held conservation easement lands, which includes some upland (grassland & savannah) habitats. Private lands are and will be included for Recognized IBA status where landowner acceptance has been obtained; this process is on-going. Information about nature and science is at Tumacacori NHP. 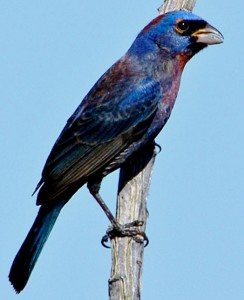 Ornithological Summary:The IBA’s identified importance to regional bird populations is most evident in the substantial numbers and density of riparian obligate avian species present in the IBA. Of the most notable species of conservation concern supported in this IBA is a concentration of nesting Gray Hawks, part of the broader population of the Upper Santa Cruz River watershed, which includes nesting birds along the Rio Santa Cruz in Mexico. Also, of conservation importance is a concentration of nesting Yellow-billed Cuckoo, most notably occurring within the Tumacacori area. At present the only other known regional sub-population of cuckoos in the watershed occurs further south along Sonoita Creek, in Sycamore Canyon (outside the watershed), and again in Mexico along the Rio Santa Cruz. 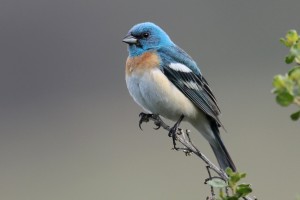 Other species of conservation concern supported in this IBA are notably dense populations of: Lucy’s Warbler, Bell’s Vireo, and Abert’s Towhee. Three rarer species of concern found in the IBA, but little elsewhere along the Santa Cruz River corridor in the U.S. are the Northern Beardless-Tyrannulet, Varied Bunting, and Rufous-winged Sparrow. This corridor also provides key habitat for neotropical migrant species, such as the nesting Summer Tanager, Yellow Warbler, and Yellow-breasted Chat, all of which are abundant in the IBA. Other nesting neotropical migrant species that are rare nesting species in southern Arizona include, the Lazuli and Indigo Buntings, and the Tropical Kingbird. 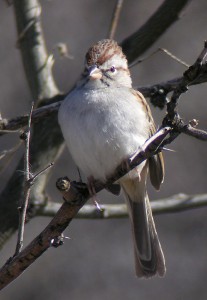 Conservation Issues: Residential encroachment into the floodplain and riparian (mesquite bosque habitat) is a top conservation issue, especially at Tubac, south of Tubac on to Carmen, and north of Tubac up to Chaves Siding Road. The next most significant and most long term threat is groundwater pumping causing lowering groundwater levels, reduced flow, and coupled with periodic drought, together theses factors are suspected of causing tree stress and die-off. In 2004, 2005, and 2006 during the spring and pre-summer period (May-June) significant tree stress was apparent. Groundwater levels have fallen locally since 1998, with pronounced declines beginning in 2003. Stray cattle and ATV are additional threats, with ATV use increasing and cattle use decreasing at present. Effluent water quality is poor and does not support an aquatic feeding bird community (nitrates are elevated, other contaminants are present). Arizona State Parks and Trust for Public Lands are exploring land purchases. The International Wastewater Treatment Plant is scheduled for upgrade (construction beginning in 2007, on-line in 2009), but this has been delayed up to now because complex international negotiations. Groundwater pumping near the river is not regulated.  Friends of the Santa Cruz River was formed in 1991 to “protect and enhance the flow and water quality of the Santa Cruz River.”

Conservation management through public ownership (e.g., a State Natural Area) or through legal arrangements (e.g., conservation easements) are needed to protect the riparian corridor from further development encroachment.  Fencing and habitat restoration are needed particularly near Carmen and north of Tubac extending downstream until Esperanza Ranch.  Most of the riparian habitat is protected at Esperanza Ranch through fencing, although this not the situation on the east side of the river and north of Agua Linda Farm.  North of Tubac through Esperanza, bank stabilization is needed, along with erosion checks to slow sheet flow erosion impacts on fields at Esperanza.  Tamarisk is the primary exotic flora and will need management to limit expanding distribution.  Amaranth, a native species, needs control and native planting in old fields is necessary to reintroduce native flora. 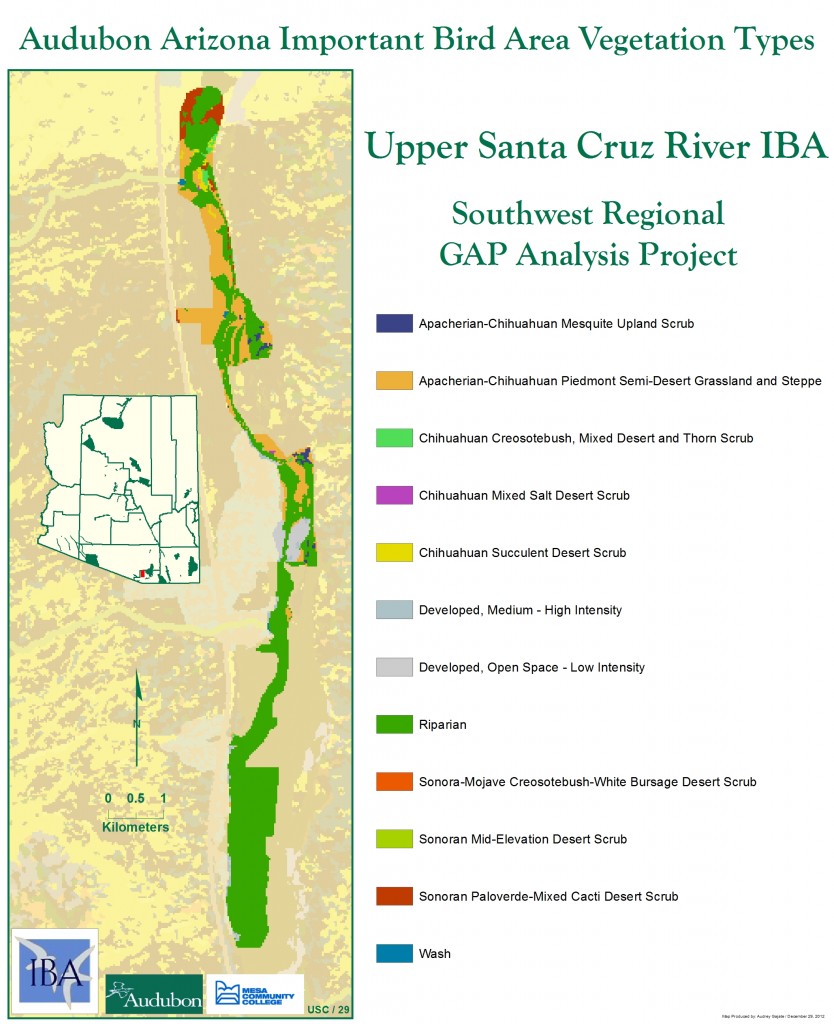 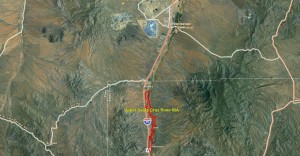 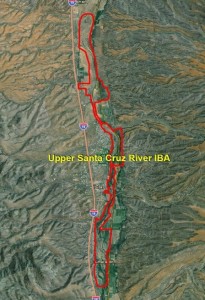