New IBA Surveyors Trained in Yuma and Side Trip to the Twilight Zone!

Saturday February 11th dawned cold and clear over the San Rafael Valley as a caravan of cars came over the crest and into the valley. The Arizona Important Bird Area crew of 19 surveyors arrived in the San Rafael Valley IBA just as the sky was beginning to lighten. Many of these intrepid volunteers had arisen as early as 3:30 am to be here at this fleeting time of day in this beautiful spot. Just at the entrance of the valley, the crew stopped to enjoy the magnificent view for a moment and snap a group photo. We scanned the valley for Short-eared Owls soaring low over the grass to no avail, though later one of the teams did observe two. Then the crew split into 5 teams and drove to their appointed start points in the valley. The objective of the day was to record all birds seen but especially all of the Chestnut-collared Longspurs seen. 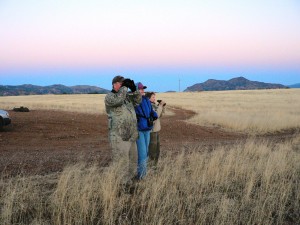 While the San Rafael Grasslands was identified as a state IBA in October 2011, we needed to establish that a wintering population of at least 240 is using the habitat for the IBA to be recognized as a Global IBA. This survey was the 4th winter survey of this area in 2 years and I am happy to report that is was a huge success! Four out of the five teams reported sightings of Chestnut-collared Longspurs and overall the entire team reported a total of 833 of these wintering birds! This is tremendous, especially since this is the third survey in a row where we recorded more than the Global IBA threshold number. A large part of the success of these past three surveys was due to two classes that Homer Hansen graciously volunteered to teach the volunteer crew on grassland bird identification. This extra instruction gave the survey crew the confidence they needed to positively identify these notoriously tricky birds. Special thanks to Homer!! 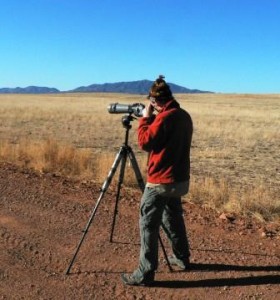 Overall it was a great day! All of the teams reported that they had a great time and observed lots of interesting birds. After a long morning of surveying, it was time for lunch. The crew met in Patagonia and dined on delicious pizza from the Velvet Elvis, yummy! All that remains is to apply for Global status with the world-wide committee for this IBA. While in Patagonia, we also had a chance to observe the very obliging Williamson’s Sapsucker that has been reported in the park in Patagonia for a time. Judging from all of the holes he has drilled into that tree, he has been there quite awhile! 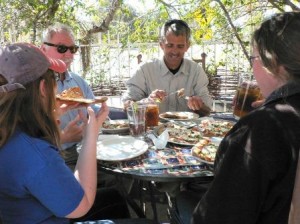 Here is a truncated list of some of the 56 species observed by the crew: 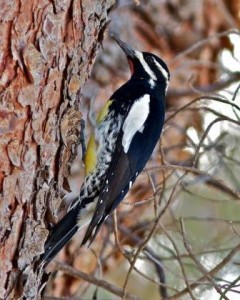 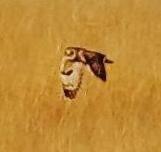 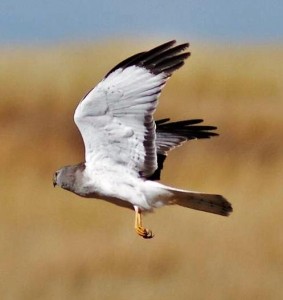 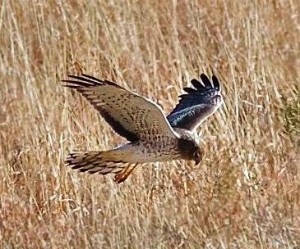 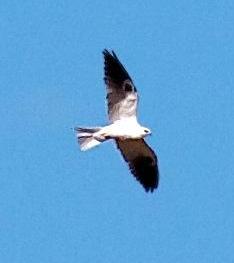