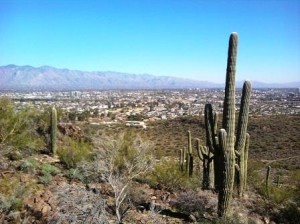 View of Tucson from Tumamoc

During the last two weekends in January 2012, an amazing event was taking place on Tumamoc Hill in Tucson. This hill is wildly popular as a challenging walk for those looking for a workout, but there is much more to this hill than many realize. The reason that the University of Arizona decided to host this event was to share the amazing native and scientific history of this hill with those who regularly walk up and down its steep slope. Archaeologists have discovered remnants of two different Native American villages on this hill, one so ancient they are not sure who was living there and the other Hohokam. After these villages were abandoned, the hill remained an important spiritual place for the Tohono O’odham and many artifacts and petroglyphs have been found on and around Tumamoc Hill. 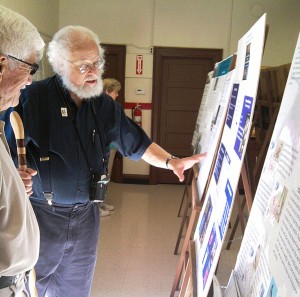 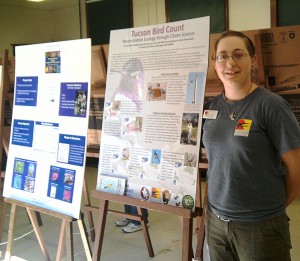 This hill, right next to Sentinel Peak or “A Mountain” as it is locally known, also has an impressive scientific history. In 1903, Tumamoc Hill was chosen out of many locations in the 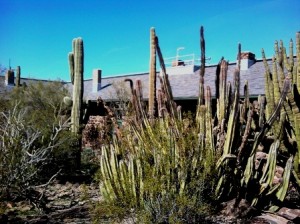 Southwestern United States to be the site for The Desert Botanical Laboratory funded by Andrew Carnegie. Some of the earliest studies on desert plant ecology were conducted here and the 9 remaining plots for vegetation surveys established in 1905 are the oldest existing vegetation plots in the world. The next year a fence was installed around the entire hill to keep out the livestock that had long grazed this area and the scientists quickly noticed changes in the vegetation. From this point on, Tumamoc Hill became an outdoor lab where the impacts of human use of the desert could be studied. In later years, this hill is also known as the origin point of Reconciliation Ecology, the idea that one way to make up for habitat lost to human use, such as urbanization, is to make what habitat remains in these areas as hospitable for wildlife as possible. 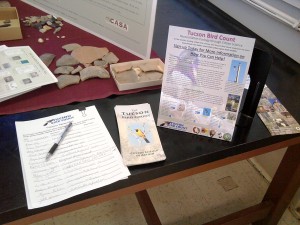 A major project that came from this philosophy is the Tucson Bird Count, the first annual urban bird census in the world and the reason that Tucson Audubon was involved with the Celebrate Tumamoc event. Tucson Audubon will now be coordinating the Tucson Bird Count in partnership with the University of Arizona. Jennie MacFarland, a staffer with TAS and the Conservation Biologist for the Arizona Important Bird Area program will be mainly coordinating the count and designed a poster for the Tucson Bird Count with key information about participation and results. Many people stopped by and chatted about the TBC or birds they had seen around town. The event was a huge success with lots of people learning about the Tucson Bird Count and over 30 people signing up to help with the annual count. It was a very enjoyable two days with beautiful weather and lots of fun company! 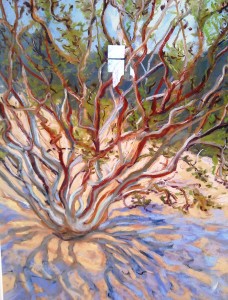 An example of some of the art at Tumamoc