The weekend of September 7-9, 2012 the Important Bird Area crew headed to the Chiricahua Mountains to survey this famous birding area. This area became an IBA early in the program and due to this area’s good numbers of nesting Mexican Spotted Owls, this is a Global IBA, one of eight in the state. 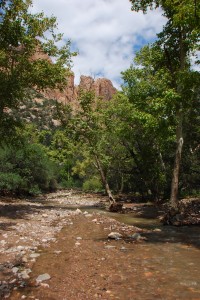 The view from Sunny Flats Campground

The infamous fires of two summers ago had in the minds of many birders taken this area out of commission as a birding destination. I had not been to the Chiricahuas since those devastating fires and was personally expecting a moonscape. Much to my surprise and delight, this was not the situation at all! We camped at Sunny Flats which was gorgeous and under populated by other campers. 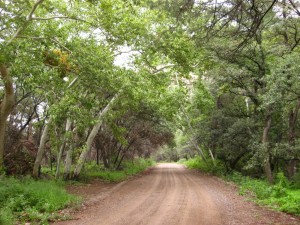 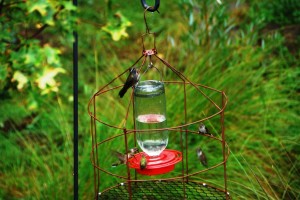 The first morning of surveying we stayed in the lower elevations and South Fork produced lots of good birds including a single, silent Elegant Trogon (a lifer for a member of the crew!). Herb Martyr trail and Cave Creek were also pretty birdy considering the rainy weather. These lower elevations were largely unscathed by the fires so this wasn’t much of a surprise. 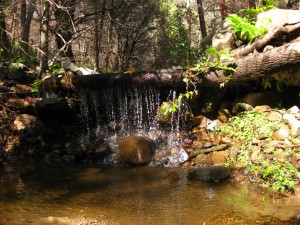 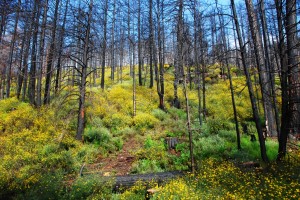 The real surprise came on Sunday morning when we did the higher elevations. Turkey Creek had definitely been altered, not only by the fire but also by the flooding that occurred directly after. This creek was much deeper and pretty badly eroded. However, the birds didn’t seem to mind and many migrating warblers were detected. 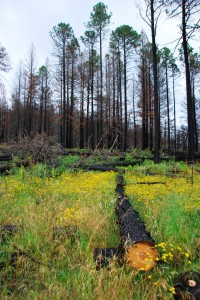 Barfoot Park looked impacted, but nearly as much as I had imagined. You could tell a fire had come through, but the majority of the trees were healthy looking and all of the bird species one would have hoped for in the past were present.
The location that I dreaded seeing, Rustler Park, also had some hopeful surprises. This area had clearly been severely burned, but far more trees than I had expected survived. With a more open understory there was also a breathtaking amount of beautiful flowers everywhere. Our survey route began at the closed campground and headed downhill along the road. This area was shockingly birdy. There are patches of large ponderosa pines that survived, some are singed on the edges but appear healthy. Not only did we find prized rarities of the range such as Mexican Chickadee, we had a roving flock of Red Cross-bills and mixed flocks of warblers, juncos and Chipping Sparrows. 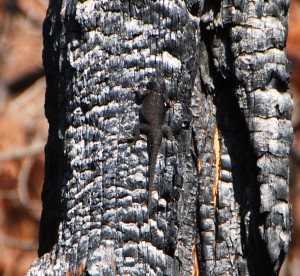 This was an amazing experience, some of the best birding I had done in some time. Overall this was a successful survey and I certainly am glad that I saw for myself how this area is still important for birds. 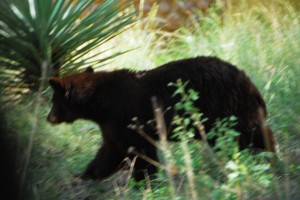 Black Bear spotted on drive out 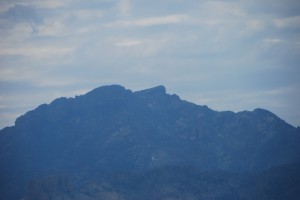 Special thanks to the amazing IBA crew that made this survey possible: Scott Wilbor, Tim Helentjaris, Matt Griffiths, Matt Brooks, Larry Brooks, Jack Ruggirello and Linda Stitzer. It was awesome to hang out with you guys, you were a terrific camping group and not only did we gather great data because of your amazing skills, I had a terrific time! Thank you!!! 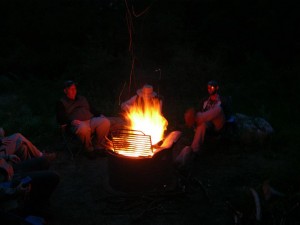 The crew relaxing around the campfire (J Ruggirello)