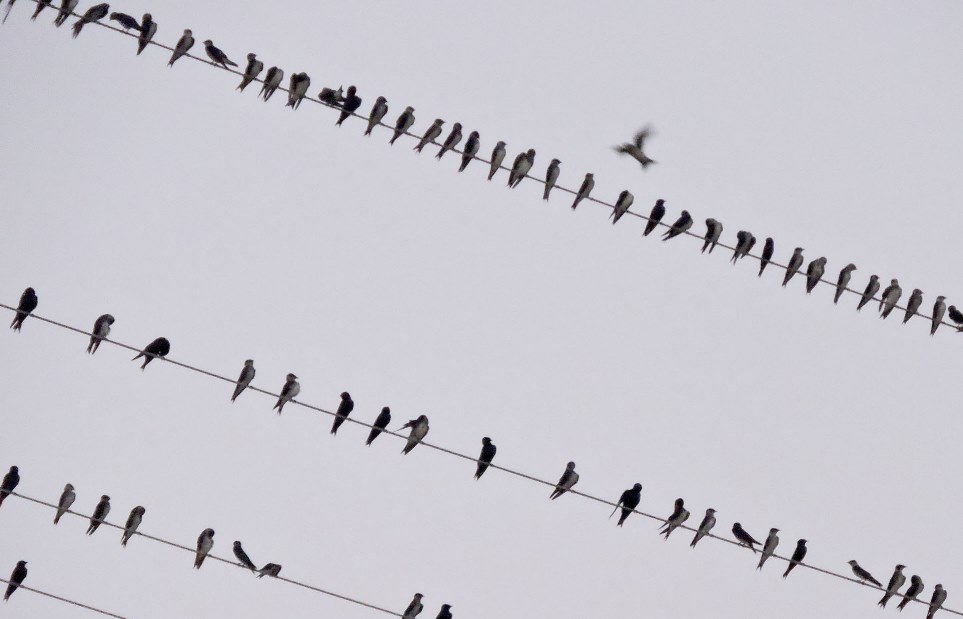 Purple Martins on the Lower San Pedro by David Bygott

As someone who lives in Tucson, how much do you really think about Purple Martins? Purple Martins are those birds who live in big white apartment style bird houses right? I think I once saw a really cool one for sale in Sky Mall. For most of the United States this is likely how they think of Purple Martins, as large swallows that live in their yard and cannot survive without a friendly hand from humanity. I did once see in print that Purple Martins can no longer survive without human created artificial nesting structures. As condescending as this is, it also turns out to be completely false, especially in SE Arizona. The Purple Martins we have nesting in SE Arizona are special and amazing, so much so that they are their own sub-species known as the “Desert Nesting” Purple Martin. These bad-boy martins shun human created “martin condos” and raise their young in saguaro cavities created by woodpeckers. They especially favor areas where saguaros lie near riparian zones where they stalk their insect prey. An excellent example of where these two habitats meet is the Lower San Pedro Global Important Bird Area. 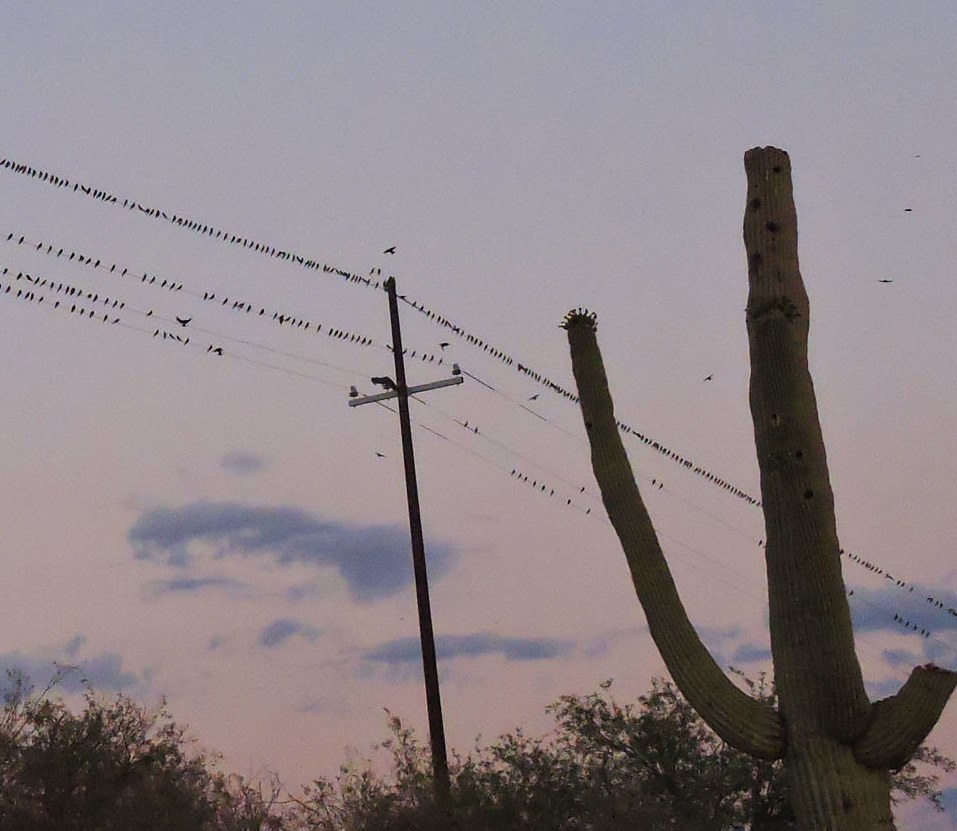 Purple Martins on Wire and Saguaro by David Bygott

This past summer the Important Bird Areas team had a chance to partner with Kevin Frasier of York University, a scientist who specializes in Purple Martins. With the goal of studying this little known sub-species of Purple Martins he and his crew traveled all the way to Tucson from Canada with the hope of capturing a number of these amazing martins and outfitting them with satellite trackers so their migration path and winter home could be discovered. Surprisingly, no one knows precisely where these martins go, they are on a completely different migration schedule than the other Purple Martins. 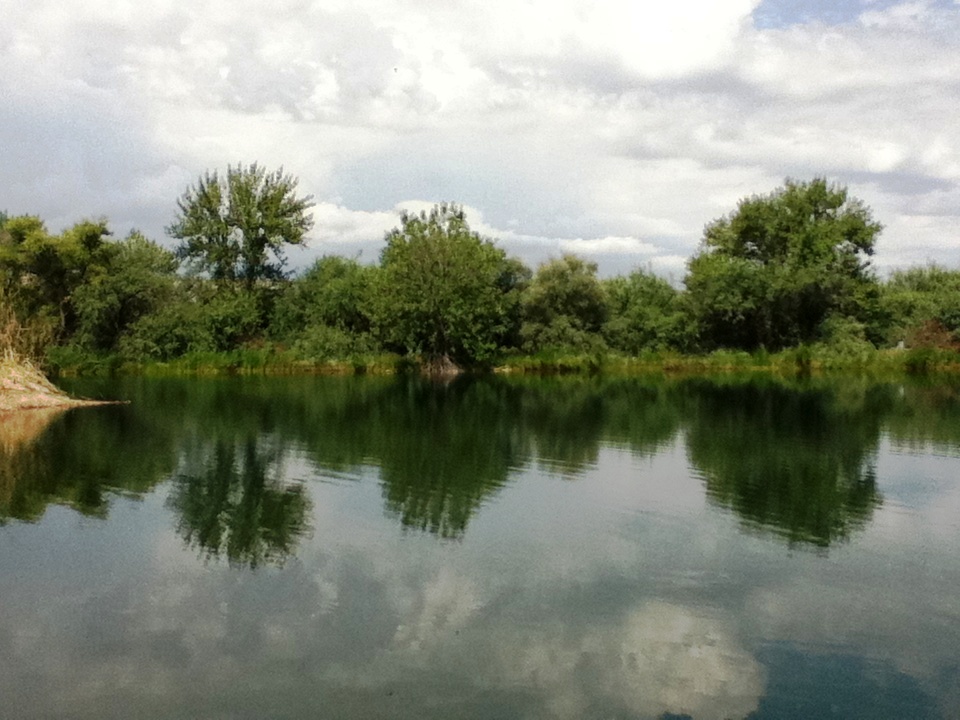 The Arizona IBA crew had a great time working with Kevin when he was here in June and he did get a gps marker on one female Purple Martin. Many DNA samples were also collected from individuals caught in a mist net stretched out near the large pond near the river. The DNA will help determine how genetically different our Purple Martins are from the main group. The large vegetated pond on the east side of the Lower San Pedro near San Manuel had become a remarkable gathering place for these Purple Martins in the evenings. We went out there three separate evenings and watched the martins gather in huge flocks to drink and bathe. Then on an unknown cue they would all take off and fly in synchronized patterns like Starlings. Just before darkness completely descended there would be another unknown cue and they would all funnel down to a few large cottonwoods near the river to communally roost for the night. It was an amazing thing to see. Kevin and his crew are returning next summer to conduct more extensive studies on these little martins and I will be giving a full account of the work done this last summer at the upcoming AZFO meeting in Globe on October 4, 2014. Hope to see you there.