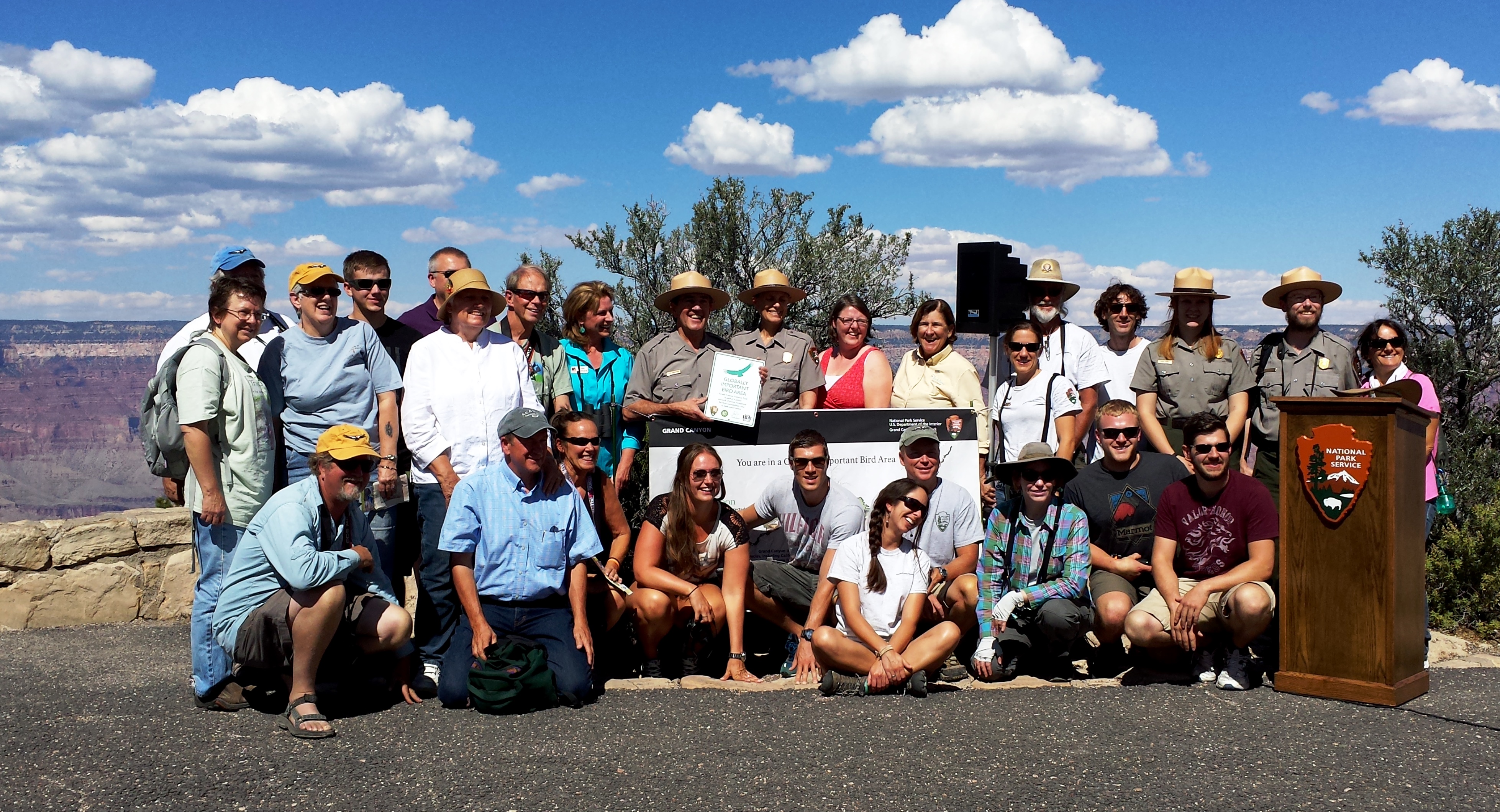 On September 13, 2014 the Grand Canyon National Park was officially dedicated as an Important Bird Area of Global Significance. This IBA is only one of fourteen Global IBAs in Arizona and the only one that qualified as Global for three different species. The highest profile bird that made this area a Global IBA is the California Condor. This well publicized species has had a high-profile recovery and was so critically threatened that at one point all wild individuals were captured for an intensive captive breeding program. That program was largely successful and there are now individuals living successfully in the Grand Canyon. 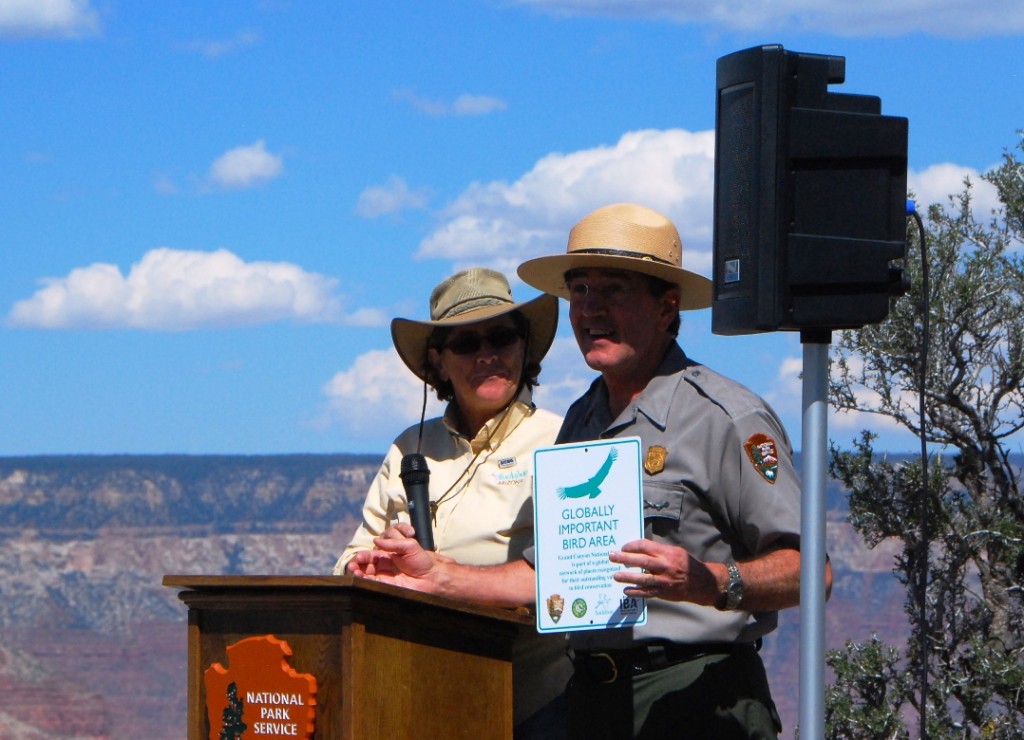 The Mexican Spotted Owl is the second qualifying species for Global IBA status found here in surprisingly high numbers. Over thirty nesting pairs have been confirmed by Park biologists and there are certainly others in the unsurvey portions of the canyon. They favor the shady crevices of the canyon and possibly forage for rodents in the small tracts of forest within the canyon or above the rim. 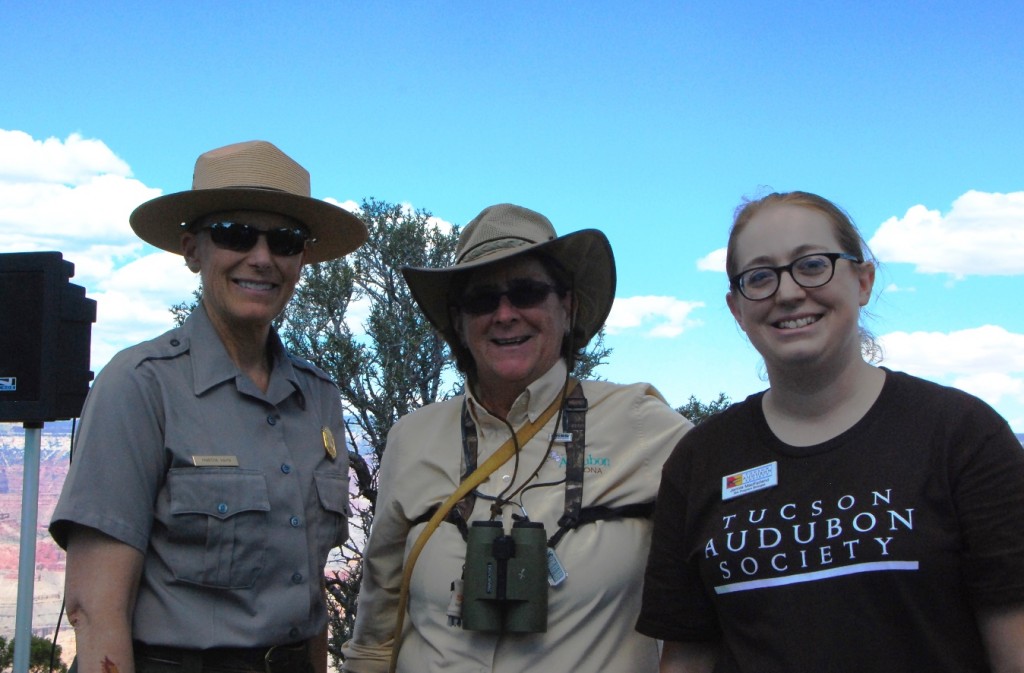 The charismatic third Global IBA bird that lives in the National Park is the Pinyon Jay. This lovely sky-blue colored jay moves around this area in large groups and was documented by citizen scientists using eBird.org and submitting checklists of where and when they observed flocks. The designation of this National Park as a Global Important Bird Area was a great example of different partners coming together for the greater cause of conservation of bird species and their habitats. 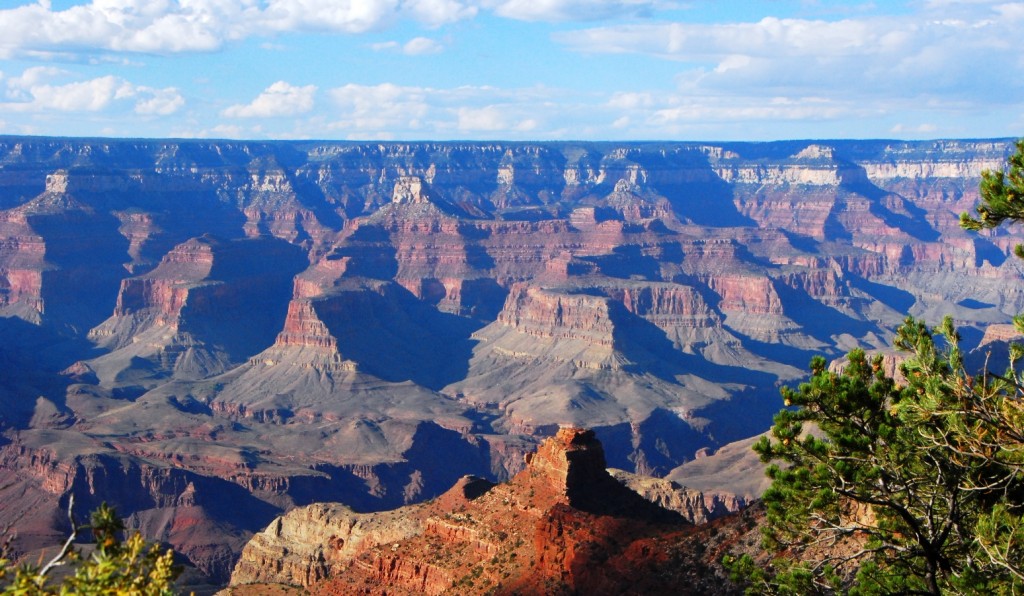 There were 70 people in attendance that helped us to celebrate this remarkable habitat and excellent IBA and the signs proclaiming this area as  Global IBA will be prominently displayed. This will help with further outreach by informing the many visitors to this international destination that such areas are beautiful to look at but also serve as critical habitat for many bird species, including those of high conservation concern. 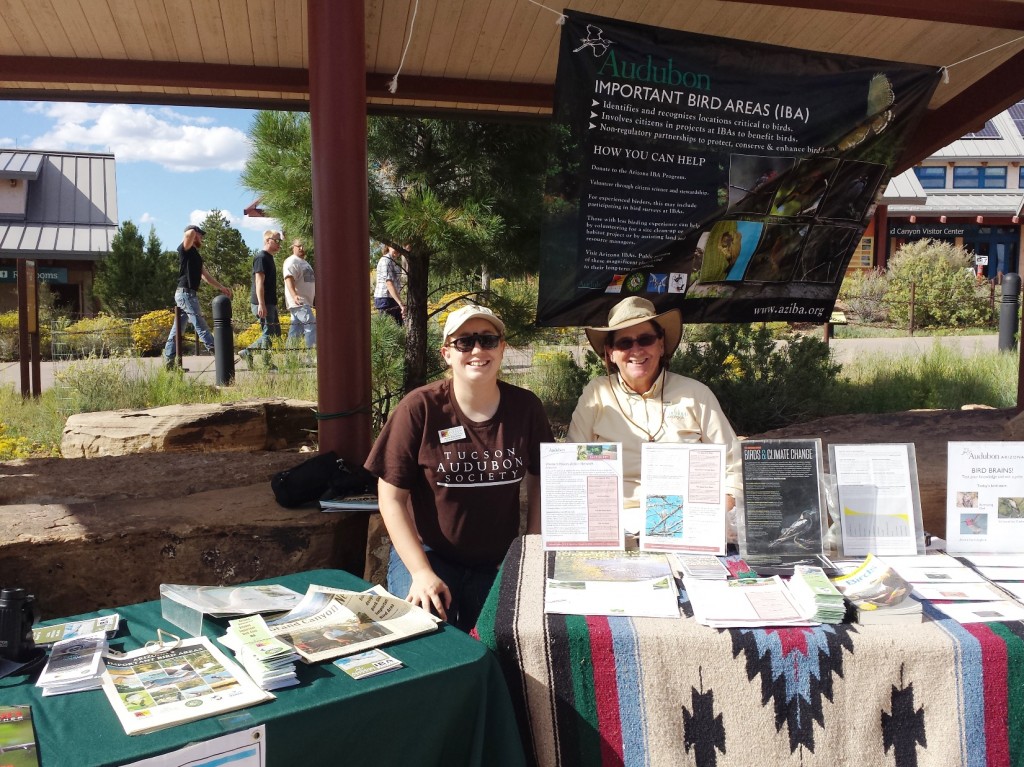 Jennie and Tice at outreach booth for Wildlife Day

Huge thanks to all who came out for this event, the excellent speakers who made the event so special and to all partners, including birders engaged in citizen science, that made this Global IBA designation possible.