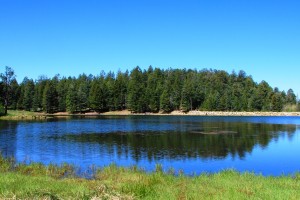 Rigg’s Lake at the Top of Mt. Graham in the Pinaleño Mountains

The Pinaleño Mountains are one of the most northern of the Coronado Forest “Sky Islands”. Located in Graham County and south of the agricultural community of Safford, this mountain has provided resources for settlers in the region. The Douglas fir and pine provided lumber for surrounding communities. During the military campaigns Heliograph Peak was so named because a U.S. Army heliograph station was located there. The heliographs were a mirror signal communication system from Santa Fe to San Diego. The paved road is access to a fishing lake constructed by the Arizona Game and Fish Department and numerous campgrounds. 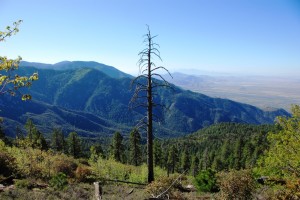 Located near the northern limit of the Chiricahua Apache homeland and the southern margins of Western Apache territory, the range is one of the Western Apache’s four holiest mountains and is considered sacred by all of the region’s Native peoples. Since a determination by the Keeper of the Register in 2002, Dził Nchaa Si An, as it is known in the Western Apache language, ranks as the largest and most extensive (~330,000 acres) property listed on or formally determined eligible for the National Register of Historic Places.

Unlike many of the other mountains in the area, the Pinaleños have no lava deposits. The lava-based mountains found throughout Arizona tend to be barren, whereas the Pinaleños (and others) have a large number of trees, including many that pre-date Columbus’s arrival in the Americas. Researchers from the University of Arizona Tree Ring Laboratory have discovered living trees that date back to 1257 and 1270 AD. Botanists say the Douglas firs have survived because the rocky cliffs of the mountains have served as a fire barrier for them. The scientists also found dead firs that dated as far back as 1102 AD. 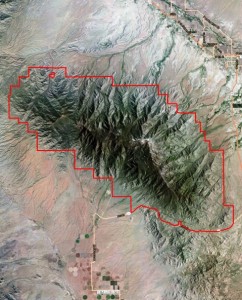 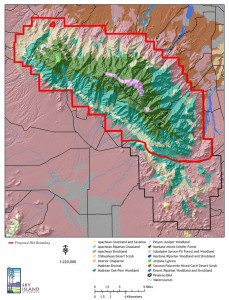 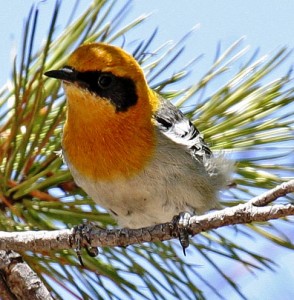 The Pinaleño Mountains (commonly referred to as Mt. Graham, the highest peak in southern Arizona at 10,800 feet) are an excellent example of a high elevation Sky Island ecosystem comprised of Madrean Evergreen Woodland, Petran Montane Conifer Forest and Petran Subalpine Conifer Forest and this Sky Island spans the greatest elevation change on the Coronado National Forest rising roughly 6,800 feet from semi-desert grasslands at the desert floor to mountainous woodlands at the highest peaks. This Sky Island is the highest of the chain of Madrean Occidental Sky Islands that extend into Mexico but is far enough away from its neighboring Sky Islands to notably lack several bird species found in other similar habitats. This lack of a few SE Arizona ‘specialty birds’ such as Mexican Chickadee and Elegant Trogon makes this the least birded of Arizona’s Sky Islands. However, the exceptional high elevation habitat of this extensive range, representative of Rocky Mountain flora and fauna to the north, makes this a vital area for the many diverse bird species.

The weekend of May 18-20, 2012 an Arizona IBA survey crew conducted 6 transect surveys and one nocturnal survey and recorded 58 species. These surveys showed this range to be important to at least twelve special conservation status species in Arizona. Additionally, our surveys found this mountain range to be important for its outstanding high elevation habitat supporting an exceptionally diverse avian community. 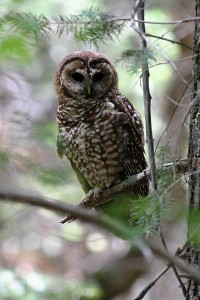 One bird species listed in the Endangered Species Act as a Threatened Species breeds in this range in high abundance. The Mexican Spotted Owl has been specifically surveyed by Amanda Moors on behalf of the Forest Service and has documented more than enough breeding pairs to qualify this site as a Global IBA in the future. Species of conservation concern found by the IBA survey team in 2012 include: Wild Turkey, Peregrine Falcon, Mexican Whip-poor-will, Mountain Pygmy Owl, Magnificent Hummingbird, Dusky-capped Flycatcher, Olive Warbler, Virginia’s Warbler, Black-throated Warbler, Grace’s Warbler, Red-faced Warbler and Yellow-eyed Junco.

The presence of the above twelve special status species qualifies this site under the Arizona IBA Criterion, Site Importance to Special Status Avian Species.

While this area is not frequented by birders nearly as often as other Sky Islands in Arizona, there is still a good baseline of data for this area within that database. Within eBird.org a total of 149 checklists have been submitted to the ‘hotspots’ within this range and 137 species have been reported, 31 of which are special status species. 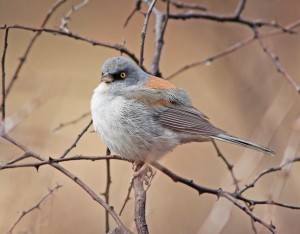 This is such a fragile ecosystem that even small climate changes can have a profound effect. With potentially larger climate changes underway, the ecology of the Pinaleños could be threatened. This is the interpretation of the Forest Service. In particular some view the fires of 2004 as an event possibly driven in part by global warming. The agency states that “global climate change and drought are helping to poise the Pinaleños for epidemic insect or disease outbreaks and catastrophic, stand-replacing fires”. Indeed, both of these events have taken place in recent years. The flora and fauna have not evolved to tolerate these new conditions or catastrophic events, so there is a need to use silvicultural management and prescribed burning to begin to restore the natural balance in the remaining forests and woodlands.