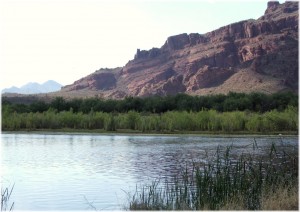 Visiting the IBA: Arlington Wildlife area is on the west bank of the Gila River approximately 3-1/2 miles south of Arlington and 15 miles southwest of Buckeye in Maricopa County, Arizona. 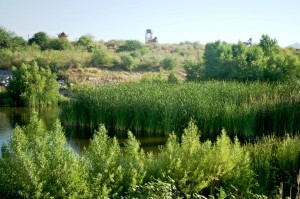 Site Description: The IBA is the Salt River from 83rd Avenue, connecting with the Gila River at 115th Avenue and extending west and south along the Gila River to Gillespie Dam. The Gila River has perennial flow that is from treated effluent from the City of Phoenix and other communities, excess agriculture water, and from natural ground water. This IBA includes Arlington, B&M, Powers Butte and Robbins Butte Arizona Game and Fish Wildlife Areas managed for birds and wildlife. The Tres Rios Nature Festival is held in March to celebrate the birds and other wildlife and their habitats. The fish community here is considered to be one of the most abundant in Arizona and consequently, fish-eating birds are found here in high numbers. 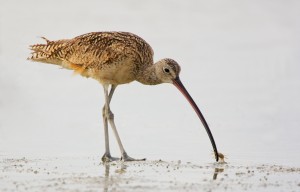 Birds: The area has rich productivity of plant growth due to perennial supply of nutrient laden waters.

Conservation Concern: Invasive salt cedar dominates much of the riparian corridor. Loss of water supply due to pumping and reduced sewage flow because of diversion to other treatment facilities, water conservation, and gray water recapture by local communities is considered a long-term serious threat. 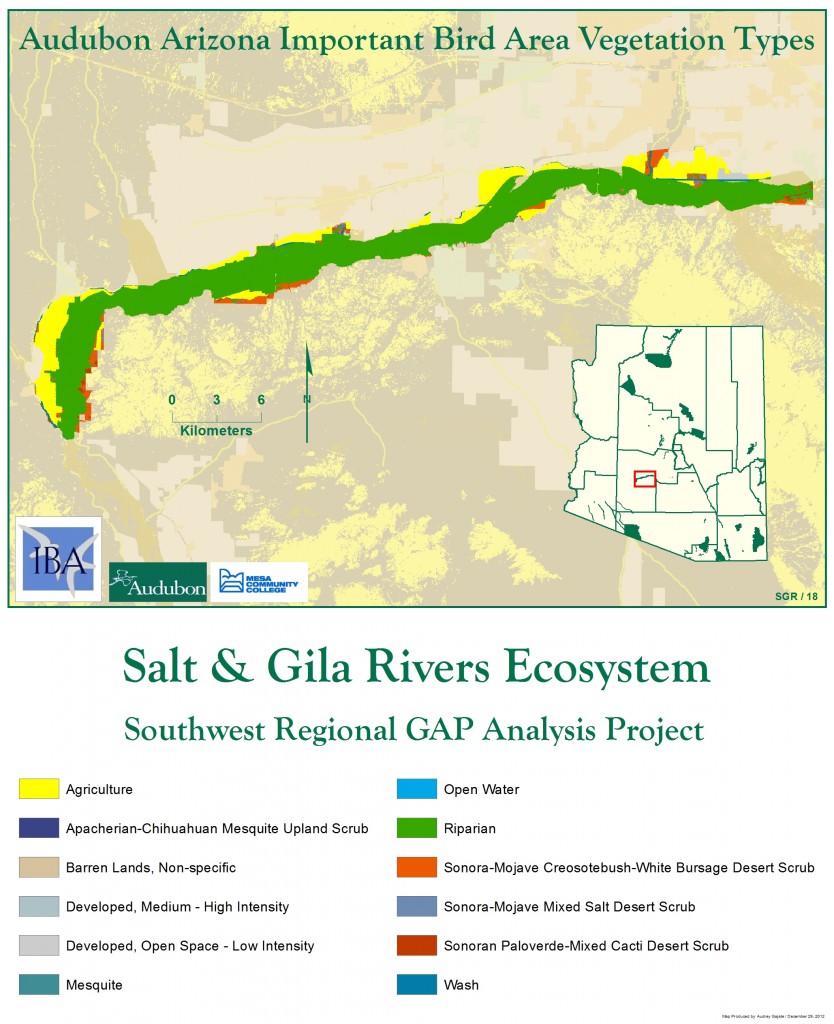 Site Description: BLM lands in the IBA are part of the Fred J. Weiler Greenbelt. Sonoran Audubon Society is the steward for this IBA. They conduct bird surveys during the winter and spring. The Tres Rios and Gila River Christmas Bird Count circles include this IBA. The Tres Rios Nature Festival is held in March to celebrate the birds and other wildlife and their habitats.  Information about the Sonoran Audubon Society and their IBA monitoring program can be found at: http://sonoranaudubon.org

Base and Meridian Wildlife Area (B&M) is home for the Tres Rios Nature Festival: http://www.tresriosnaturefestival.com/

Information about the Arizona Game and Fish Department Wildlife Areas: 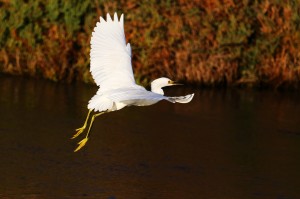 Ornithological Summary: The fish community here is considered to be one of the most abundant in Arizona, and consequently, the community of fish-eating birds is phenomenal. Egrets and herons are exceptionally abundant, with annual Audubon Christmas Bird Counts (CBC) enumerating several hundred of these species (Great Egret, Great Blue Heron, Black-crowned Night Heron, Snowy Egret, and Double-crested Cormorant). Ospreys are regular winter residents, common in migration, and have attempted to nest in recent years. Least Bittern is relatively common too, and Neotropical Cormorant are regularly in mixed groups with Double-crested Cormorant. Yuma Ridgeway’s Rails reach their upstream limit of distribution within the reach, and are widely distributed within preferred habitats within the area. Abert’s Towhee is particularly abundant, with the U.S. highest counts for the CBC occurring in this IBA.

Many raptors winter along the river corridor in this area, especially the Northern Harrier and Cooper’s Hawk, along with Osprey, Red-tailed Hawk, Sharp-shinned Hawk, and Prairie and Peregrine Falcon. The White-tailed Kite has nested on the Robbins Butte Wildlife Area (1999). Swainson’s and Ferruginous Hawk migrate through in the fall and spring in large numbers (500 Average). 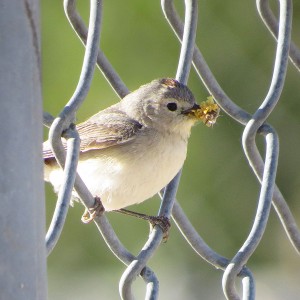 Conservation Issues: Invasion of salt cedar – large monotypic tracts of Salt Cedar dominate much of the riparian corridor. Loss of water supply due to pumping and reduced sewage flow because of diversion to other treatment facilities, water conservation, and gray water recapture by local communities is considered a long-term serious threat. There are also water quality risks due to the presence of herbicide and pesticide run-off and pharmaceuticals in effluent water. Unmanaged human use threatens to disturb nesting birds, and lack of access control contributes to illegal dumping, and risk of accidental fire. Cowbird population is abundant and may be impacting Neotropical migratory nesting birds in particular.