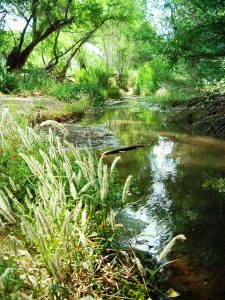 Site Description: The San Pedro Riparian National Riparian Conservation Area is a protected area encompassing some 50 miles of the San Pedro River and adjoining habitats, it is the best example of desert riparian ecosystem in the United States. The area is managed by the Bureau of Land Management and is  accessed by 6 paved road entry points. This IBA contains nearly 57,000 acres of public land in Cochise County, Arizona, between the international border and St. David, Arizona. The riparian area, where some 40 miles of the upper San Pedro River meanders, was designated by Congress as a Riparian National Conservation Area on November 18, 1988. The primary purpose for the special designation is to protect and enhance the desert riparian ecosystem, a rare remnant of what was once an extensive network of similar riparian systems throughout the American Southwest. One of the most important riparian areas in the United States, the San Pedro River runs through the Chihuahuan Desert and the Sonoran Desert in southeastern Arizona. The river’s stretch is home to 84 species of mammals, 14 species of fish, 41 species of reptiles and amphibians, and 100 species of breeding birds. It also provides invaluable habitat for 250 species of migrant and wintering birds and contains archaeological sites representing the remains of human occupation from 13,000 years ago. 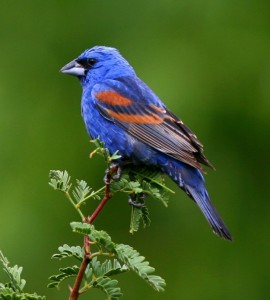 Ornithological Summary: This IBA is one of the four major north-south migratory bird corridors of the southwestern United States, along with the Rio Grande, Santa Cruz, and the Colorado River. Bird densities during migration average 40 birds per hectare, and can reach 75 to 100 birds per hectare. Greatest abundance in migration are Yellow Warblers and Wilson’s Warbler, but also using the corridor are Osprey, Common Black-Hawk, Olive-sided Flycatcher, Gray Flycatcher, and MacGillivray’s Warbler. This IBA supports the largest breeding population of Gray Hawks in the U.S., 35 pairs (40% of the population), and the largest Yellow-billed Cuckoo population in the U.S., 41 pairs documented in 1999. The IBA supports migrating Southwestern Willow Flycatchers, which nest further downstream in great abundance between San Manuel and Winkelman. Two warbler species nest in tremendous number in this IBA, Lucy’s Warbler within the mesquite bosque habitat, and Yellow Warbler within cottonwood/willow habitat. Green Kingfisher nest in the river banks with as many as 7 pairs in a given year. Botteri’s (estimated 200 pairs) and Cassin’s Sparrow (estimated 500 pairs) nest in the adjacent bunchgrass habitat in exceptionally high numbers. Other nesting species of conservation status (SCS) include, Abert’s Towhee (very abundant), Elf Owl, Gilded Flicker, Northern Beardless-Tyrannulet, Tropical Kingbird, Crissal Thrasher, and Varied Bunting. Belted Kingfisher(SCS) and Red-naped Sapsucker (SCS) can be found regularly wintering along the river. Historically, both the Aplomado Falcon and Cactus Ferruginous Pygmy-Owl nested in the river valley. Mississippi Kites are breeding just north of the NCA (10 individuals). 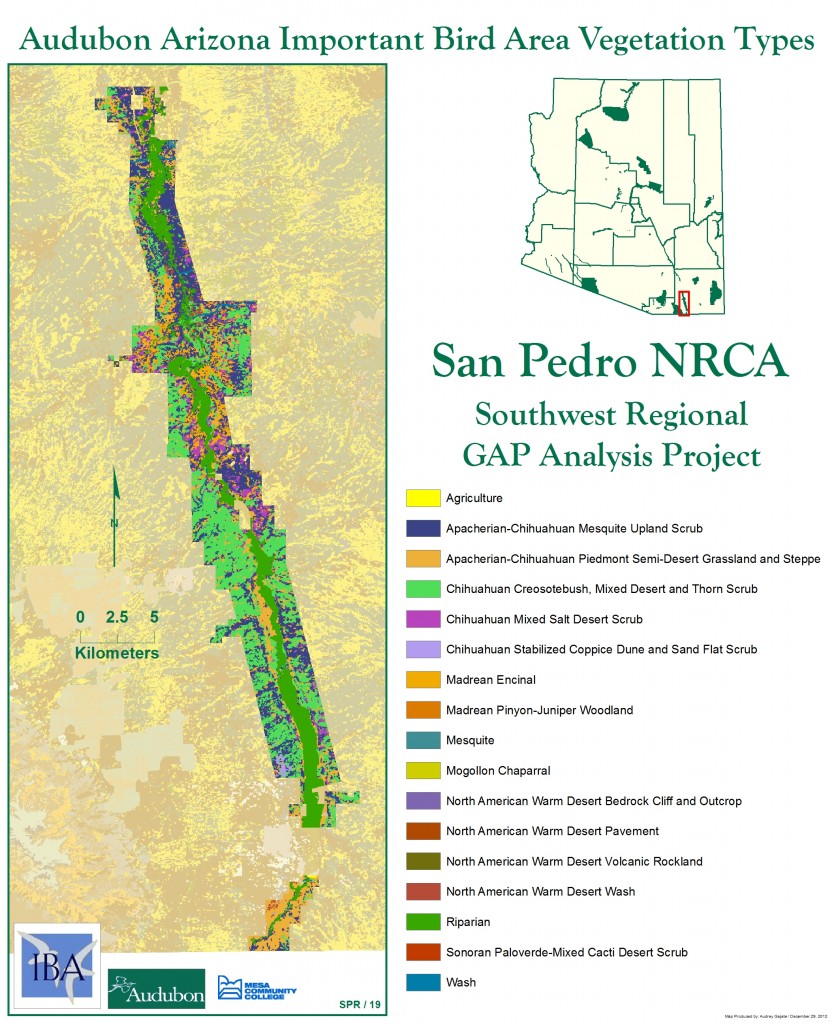 Conservation Issues: Urban, suburban, and ranchette development in the upper San Pedro Valley, and their resulting water use, causing the downward trend of the regional aquifer is the major threat to the future conservation of a flowing San Pedro River and high water table supportive of riparian vegetation critical to birds and other wildlife. Over draft of the aquifer from ever expanding and new subdivisions may ultimately dry the river at certain seasons and locations, unless strict growth and conservation measures are implemented. Unregulated wells from non-subdivision housing are also a concern. Illegal immigrants and their trails, trash, and potential to start fires are moderate to serious threats to the health of the riparian ecosystem. Greater BLM staffing is needed for resource protection patrols. 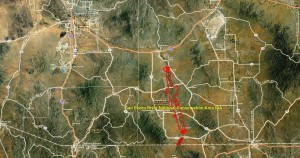 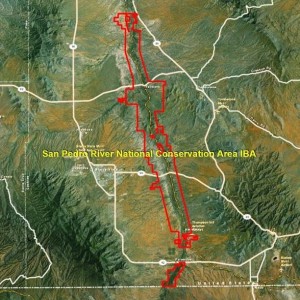