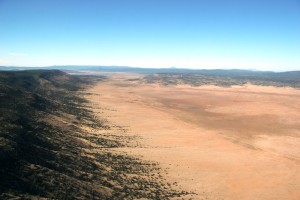 Visiting the IBA: Primary access is at Pika Camp gate located north of old Route 66 just before milepost 123. Go through a large gate named Pica Camp and proceed approximately 2.5 miles to a sign in station. Roads are graded, and high clearance vehicles are recommended.

Site Description: This site is home to Arizona’s largest colony of Gunnison’s prairiedogs (Cynomys gunnisoni), and for this reason it was also designated as a reintroduction site for black-footed ferrets.  The large prairie dog population also provides a regional prey base for resident and migrating raptors, including Golden Eagles (Aquila chrysaetos) and Ferruginous Hawks (Buteo regalis) as well as synoptic species like Burrowing Owls (Athene cunicularia). The extensive north-south cliff line provides abundant raptor nesting and perching opportunities. 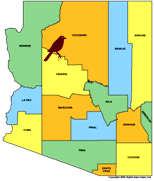 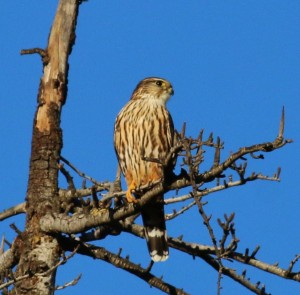 Birds: Sixteen species of raptor have been reported in this IBA. Species of special conservation status and interest include:

Conservation Concerns: Wind energy development, grazing and off highway vehicle travel. Strategies: Supporting collection of raptor occurrence data at this location and recommending against wind development that would risk collision of raptors and other wildlife with turbine blades. Big Boquillas Ranch in partnership with the Arizona Game and Fish Department has a sign in for public visitors and manages off road activity. 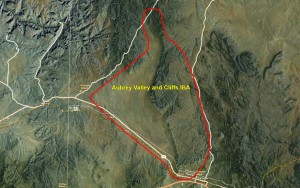 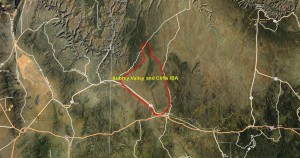 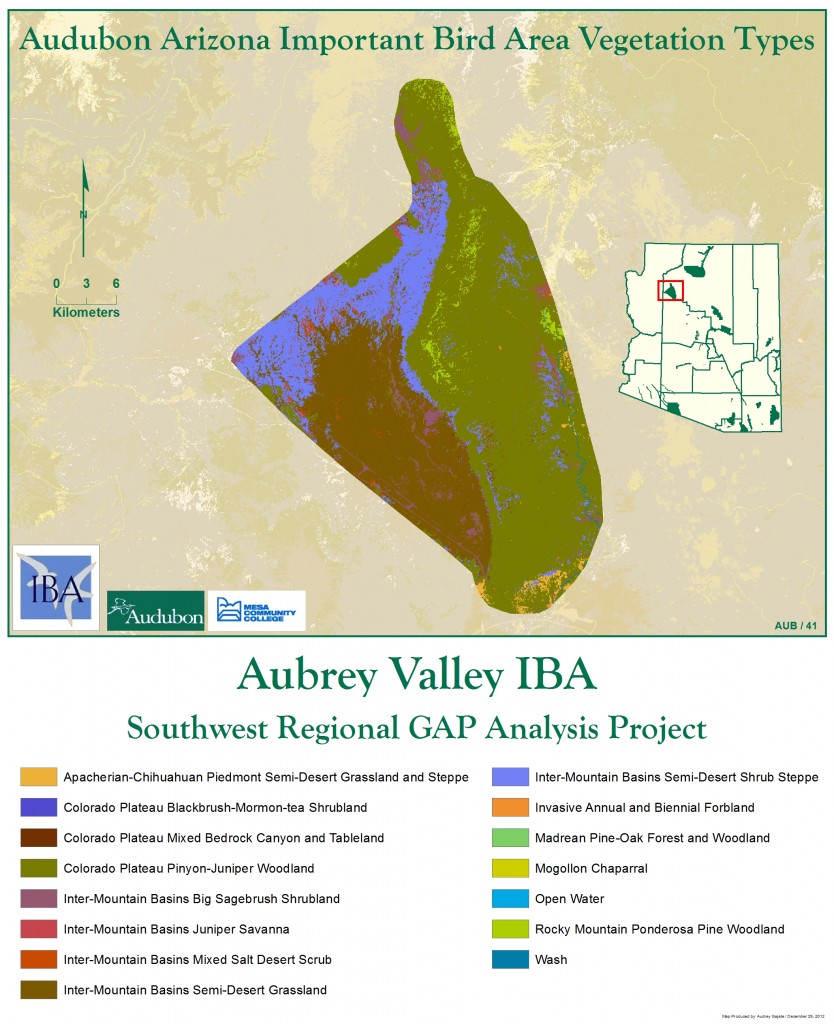 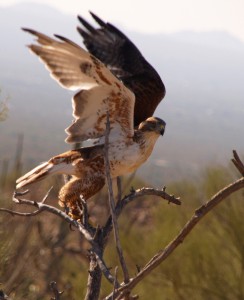 Sixteen species of raptor have been found here by surveyors during transects and point counts.  The valley has abundant small mammal species, including a large colony of prairie dogs, cottontail rabbits (Sylvilagus audubonii), and jackrabbits (Lepus californicus).  These provide food for numerous resident and migratory raptor species.  Aubrey Cliffs, the most prominent feature on the landscape, rises approximately 300 m from the valley floor and provides ideal habitat for species such as Golden Eagles (high of 24/survey), a species of high conservation status (SGCN Tier 1b, USFWS BBC BCR 16).  Survey data also shows this area to support high numbers of Ferruginous Hawks (high of 23/survey) at certain times of the year, also a species of high conservation status (IUCN Near Threatened, SGCN Tier1b and USFWS BCC 16).  Although systematic raptor nest searches have not yet been completed, regional biologists have documented at least one Golden Eagle nest territory and one Ferruginous Hawk nest confirmed as active.

The road transect data indicates the area is a significant post-breeding dispersal and migration corridor for these two species. Other raptors are also very abundant in the area, notably Red-tailed Hawks and American Kestrels. Burrowing Owls are prevalent throughout the valley, and are consistently seen during Black-footed Ferret spot-light surveys.  Out of 129 surveys, 377 Burrowing owls were opportunistically observed.

Conservation Issues: The largest potential threat to birds in Aubrey Valley is the proposed wind farm that will put electricity-generating wind turbines on the Aubrey Cliffs.  The large abundance of raptors in the area would be at risk for collisions with the large rotating turbine blades.  Visual and auditory disturbance may displace birds into less suitable habitat which could reduce their survivability and nesting success.  Construction of the towers would also impact a considerable amount of the pinion-juniper habitat that exists on the ridge.  This habitat is likely used by both raptors and songbirds for nesting.  Nesting birds could be displaced by the construction of the towers and/or killed by colliding with the rotating blades.