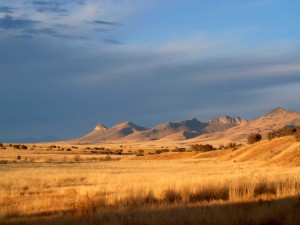 Visiting the IBA: Visitors are asked to e-mail researchranch@audubon.org or call 520-455-5522 before scheduling a trip. This IBA is located south of the town of Elgin. The miles before the ranch are not paved but are in good condition.

Site Description: The Appleton-Whittell Research Ranch of the National Audubon Society (the IBA) is located in a broad semi-desert grassland in Southeastern Arizona. It is a 13 square mile sanctuary from which livestock has been excluded since 1968. It encompasses a mix of habitats including semi-desert uplands, oak savannahs, and oak woodlands cut by small ephemeral creeks with riparian habitat. 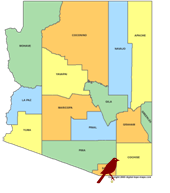 Birds: Species of special conservation status and interest that use the habitats within this IBA include: 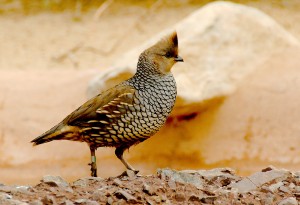 Conservation Concerns: Grassland habitat health requires management of grazing, off highway vehicle travel and fire. Loss of grasslands impacts the Pronghorn Antelope population and the grassland bird assemblage. Immediate concerns are: invasion of exotic grass species (Lehman and Boer lovegrasses, Johnson grass and Bermuda), wild fire, Strategies: Entire site is a protected area. The BLM property is part of the Las Cienegas National Conservation Area and the Forest Service portion is designated a Research Natural Area. All roads except the main access road are designated administrative only. Prescription fire and control of invasive plants and animals (grasses, blackberry and bullfrogs) 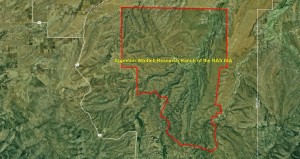 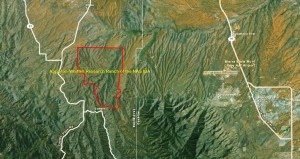 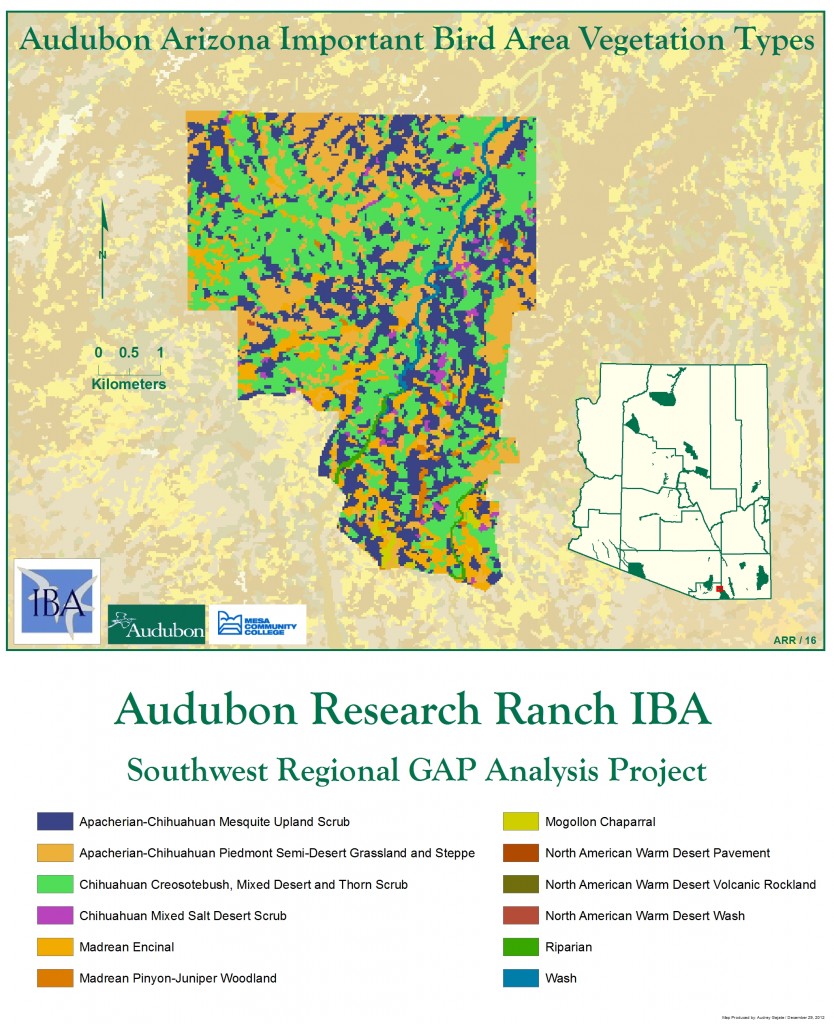 Site Description: The Appleton-Whittell Research Ranch of the National Audubon Society is located in broad semi-desert grassland in Southeastern Arizona. It is a 13 square mile sanctuary from which livestock has been excluded since 1968. It encompasses a mix of habitats including semi-desert uplands, oak savannahs, oak woodlands cut by small ephemeral creeks, with riparian habitat. The Research Ranch is in part, privately owned by the National Audubon Society. There is BLM and Forest Service land within the Research Ranch. The BLM lands are a part of the Las Cienegas National Conservation Area. The AWRR is primarily a sanctuary and a research site.

The Appleton-Whittell Research Ranch is 8000 acres of contiguous grassland that has remained ungrazed for 35 years. It is part of the last remaining viable short-grass prairie between Texas and the Pacific coast. It supports 22 species of conservation concern; the majority of which are grassland obligate species. 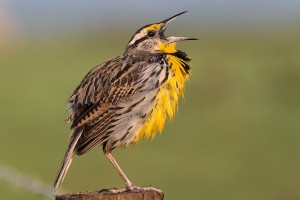 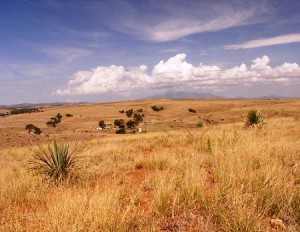 View of the grasslands

Conservation Issues: A major threat to this Madrean grassland IBA is the invasion of exotic grass species (Lehman and Boer lovegrasses, Johnson grass and Bermuda), which has resulted in a change in grassland composition and thus habitat quality for native bird populations and other wildlife species. These grasses were brought by human settlers, and have spread by cattle, wind and water. Although there has been no grazing by domestic herbivores on the Appleton-Whittell Research Ranch for 35 years, the changes on the surrounding habitat in the Sonoita valley is likely to have reduced overall populations of native grassland-dependent species. Invasive grasses removal is being addressed on the Appleton-Whittell Research Ranch by Audubon staff through intensive species-specific efforts, so as to protect native species. One project underway is transplantation of sacaton (Sporobolus wrightii) into areas where Bermuda grass dominates the riparian floodplain.

A second major threat to this IBA is the alteration of the natural fire regime by past and current fire suppression management decisions. Encroaching and rapidly expanding human inhabitation of the Sonoita valley with homes and other development throughout this once vast grassland community has required fire suppression decisions based on human safety concerns and private property protection. This has reduced range-wide fires and has resulted in shrub encroachment, which has reduced open-range grassland habitat, and altered the soil dynamics (i.e., the enrichment of soils following fires, resulting in an increase in available nutrients for plants). Fire ecology needs are being addressed through a controlled burns program.

“Island Biogeographic” influences to bird populations within the Appleton-Whittell Research Ranch are also likely to increase with increasing development, such as decreased dispersal capabilities of resident bird populations into and from the IBA. Lastly, human impacts to the habitats are a threat, e.g., illegal hunting and/or off-road vehicle trespassing. Fence repair as well as posting and patrolling the area are steps being taken to address this issue.