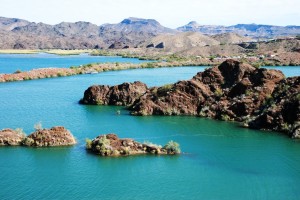 Visiting the IBA: The refuge office is in Needles, California. From Interstate 40, exit on J Street and go southwest (uphill) 0.6 miles. Turn right at the headquarters entrance sign and follow the signs. The office is in the back. Office hours are 8am-4pm Monday through Friday. Best time to visit is from late fall to early spring.

Site Description: The refuge protects 30 river miles and 300 miles of shoreline from Needles, California, to Lake Havasu City, Arizona. One of the last remaining natural stretches of the lower Colorado River flows through the 20-mile-long Topock Gorge. The 4,000-acre Topock Marsh depends on water from the Colorado River. 32 percent of the refuge is designated as wilderness. Birds: The refuge shelters thousands of Canada and Snow geese and ducks each winter. Western and Clark’s grebes raise their young in both Topock Marsh and Topock Gorge, early spring nesting California Black Rail, Yuma Clapper Rail, and Least Bittern can be heard and maybe seen if you take a canoe or kayak trip through Topock Gorge. Herons and egrets also nest in rookeries in the marsh. 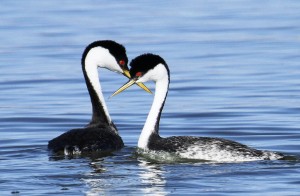 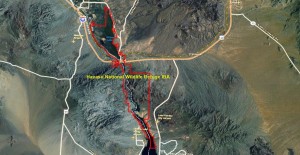 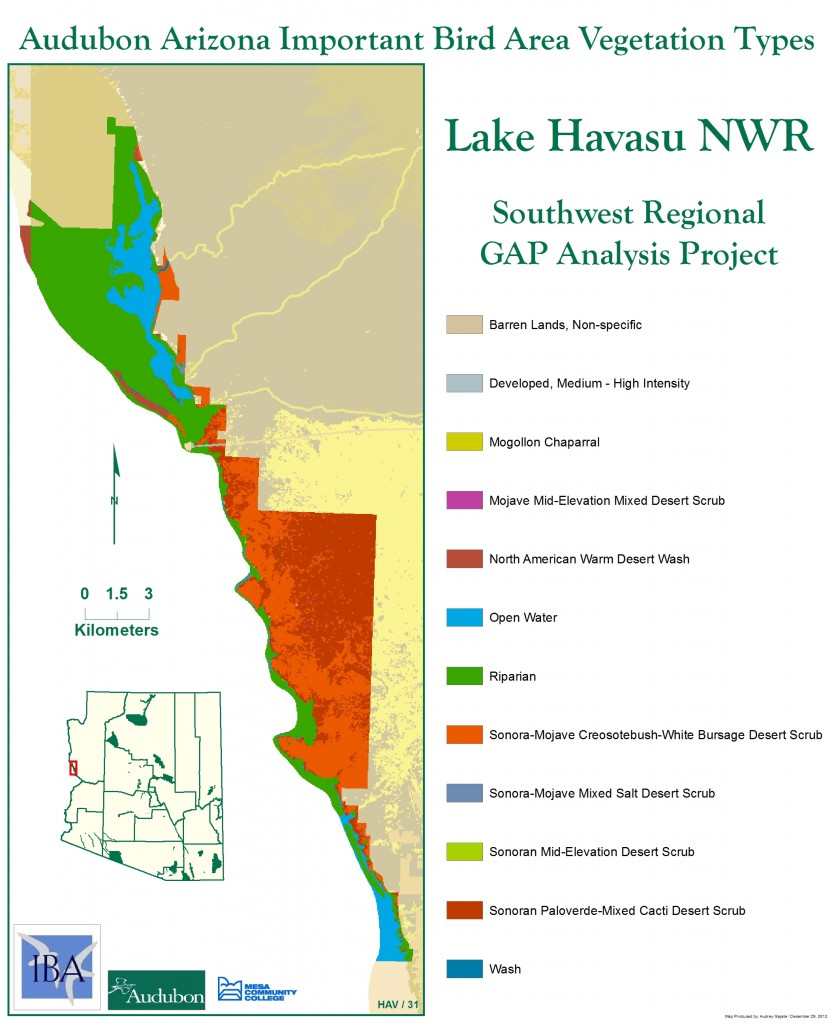 Site Description: When the gates closed at Parker Dam in 1941, President Franklin D. Roosevelt created Havasu NWR to provide migratory waterfowl habitat. The refuge has shifted boundaries since then, including the addition of the Needles Peaks area in 1968. Topock Marsh, Topock Gorge, and Havasu Wilderness form three distinct areas. The passage of the Arizona Desert Wilderness Act in 1990 and the California Desert Protection Act in 1994, together designated 17,606 acres, or 32 percent of the refuge, as wilderness. 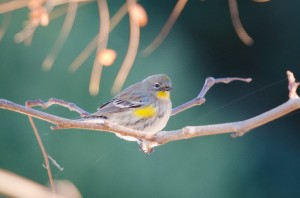 Ornithological Summary: The refuge shelters thousands of Canada and snow geese and ducks each winter. Western and Clark’s grebes raise their young in both Topock Marsh and Topock Gorge. Herons and egrets nest in rookeries in the marsh. Banding operations were conducted for a total of 650.83 net hours during the winter of 2005-06.   There were 139 individual birds captured (0.21 per net hour) and 45 recaptures (0.069 per net hour) for a total of 184 birds captured. Eighteen species were captured, with 4 species accounting for 68% of all captures: ruby-crowned kinglet 37%, orange-crowned warbler 15%, Audubon’s warbler 8%, and Bewick’s wren (Thryomanes bewickii) 8%

Riparian Species: In 2005, the Havasu banding site (HAVA) was monitored during the winter season for the first time. This site is located on the Havasu National Wildlife Refuge at the southern end of Topock Marsh approximately 1.2 miles (1.5 km) north of the town of Topock, AZ. Area searches are conducted at each site during each of the 6 banding periods to account for species that may not be captured during standard mist-net operations.