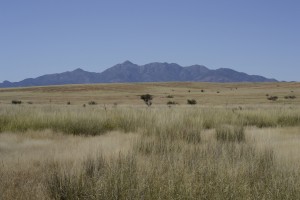 Visiting the IBA: From Tucson: Head east on I-10 to Highway 83 then head south. Before the junction of 83 and 82 at Sonoita is the west entrance to Las Cienegas towards Empire Ranch. You can also go east on the 82 and head north into the south entrance of Las Cienegas. Some areas are private and signed. There are roads that are open to the public that travel through the NCA.

Site Description: The Las Cienegas National Conservation Area hosts one of the finest grassland valleys left in the southwestern US. This grassland watershed supports some ten miles of perennial stream—a rare gem of green running through southern Arizona’s arid landscape. Together these grasslands and wetlands provide homes for a remarkable array of wildlife, including over 230 bird species, 60 mammals, 40 reptiles and amphibians, and at least five endangered species. 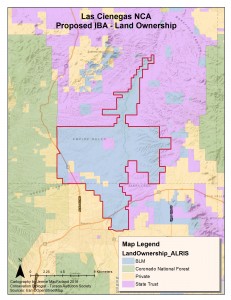 This area has five of the rarest habitat types in the American Southwest: cienegas, cottonwood-willow riparian areas, sacaton grasslands, mesquite bosques, and semidesert grasslands. In a state where desert arroyos, washes, and many streambeds remain bone-dry most of the time, the year-round flow of Cienega Creek makes it a highly valuable resource.

Arizona IBA surveys have documented wintering Chestnut-collared Longspurs in high enough numbers to qualify this site as a Global IBA on two separate occasions. This area is also very important for summer nesting sparrows such as Cassin’s Botteri’s and Grasshopper Sparrow. These monsoon-associated nesting sparrows can be found here in abundance during the summer. There are also White-tailed Kites and other raptors that use this area with at least one report of White-tailed Kites nesting within the Las Cienegas NCA. Empire Gulch does contain nesting Western Yellow-billed Cuckoos and is an important migration area. 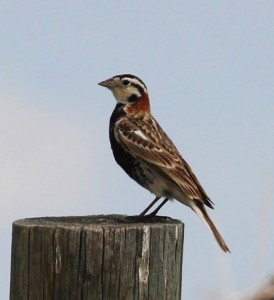 Empire Gulch is an important migration stop over.

Other conservation issues include OHV usage, fires, and Mesquite encroachment (which is being addressed by BLM). 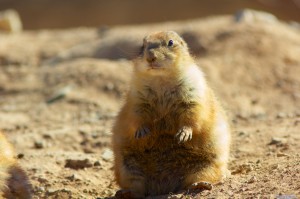 One of the most visible negative consequences of land degradation is loss of habitat for grassland dependent species such as pronghorn and prairie dogs just to name a few, but there are other equally important yet inconspicuous consequences such as watershed functions. BLM is currently implementing a grassland restoration project on 20,000 acres of degraded habitat at Las Cienegas, whereby mechanical thinning of mesquite woodlands, they hope to reestablish a healthy grassland ecosystem for the benefit of wildlife and all who wish to enjoy it. 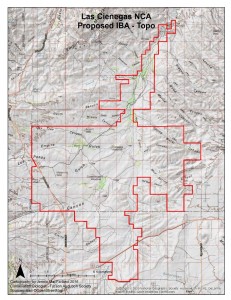 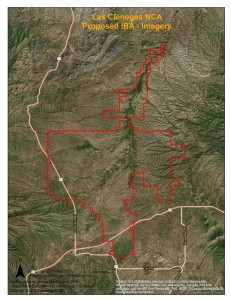 Location: Las Cienegas National Conservation Area is located 45 miles southeast of Tucson, Arizona; about 40 miles north of the US-Mexico border; and, about 10 miles north of Sonoita, Arizona on Arizona Highway 83.

Site Details: A lush green ribbon of vegetation defines one of the most significant riparian zones in southern Arizona. Cienega Creek gets its name from the cienegas, or marshes, which occur along its length. This rare vegetation community has nearly disappeared in the Southwest. 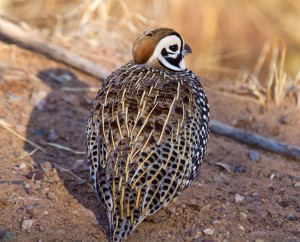 Humans have made their living here for 10,000 years or more. This area is also part of one of Arizona’s oldest working ranches, the Empire Ranch, in operation since the 1860’s. Members of the surrounding community care deeply about this landscape, and involve themselves in conservation and management concerns through the Sonoita Valley Planning Partnership and other local groups. The Bureau of Land Management recognized these natural and cultural resource values when it acquired this parcel in 1988, managed it as the Empire-Cienega Conservation Area, and worked with stakeholders to develop an ecosystem management plan for the site. The U.S. Congress further recognized the site as a national treasure,elevating its designation to the Las Cienegas National Conservation Area in 2001.

More than 45,000 acres of rolling grasslands and woodlands in Arizona’s Pima and Santa Cruz counties are protected as the Las Cienegas National Conservation Area. The region’s rolling grasslands, oak-studded hills that connect several “sky island mountain ranges”, and lush riparian corridors are irresistible to both people and wildlife. Cienega Creek, with its perennial flow and lush riparian corridor, forms the lifeblood of the NCA and supports a diverse plant and animal community. 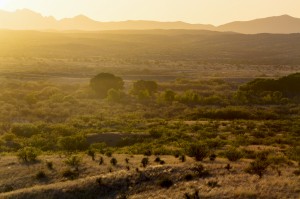 Las Cienegas is not only home to 60 species of mammals, 230 species of birds, 43 species of reptiles and amphibians, and 3 species of native fish including some that are listed as threatened and endangered such as the Gila topminnow and Southwestern willow flycatcher, but is also home to Empire Ranch. Empire Ranch was founded in 1876 with the purchase of a 160-acre ranch originally established in the 1860’s as a homestead ranch. Over the years the ranch house as well as the ranch itself expanded and changed ownership a few times until 1988 when the BLM acquired the lands through a public-private land swap and created the Empire-Cienega Resource Conservation Area. In 2000, the U.S. Congress established the 45,000 acre Las Cienegas National Conservation Area.