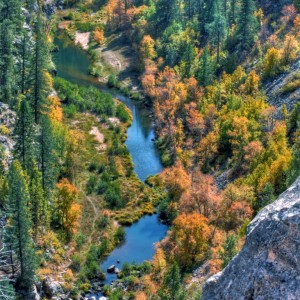 Visiting the Site: Located adjacent to the New Mexico border, northeast of Clifton and south of Alpine. For access from the north and Alpine take county route 12 toward Reserve, N.M. and Luna Lake. Turn south on Forest Road 281 into the IBA and to a trailhead into the Blue Primitive Area. The Strayhorse Trail is a hiking access into the middle of the IBA from the west. The trailhead is at Rose Peak campground on Highway 191 Forest Road 475 at the Juan Miller campgrounds is a dirt road access about 25 miles north of Clifton. The San Francisco River portion of the IBA is very remote.

Site Description: Elevation ranges from nearly 9,000 feet at the highest points of the Campbell Blue headwaters near Alpine to about 3,300 feet along the San Francisco near Clifton. Of the total 400,000-acre Blue River watershed, 99% is managed by the U.S. Forest Service for the public. Fifty-five percent of the watershed is a designated Primitive Area. The Blue and San Francisco River systems are free-flowing, perennial riverine systems. Cottonwoods, willows, alders, and sycamores are the dominant riverside trees. The upland habitats are pine and mixed conifer at its highest points, and gradually including habitats such as pinyon-juniper, Madrean oak and chaparral in its middle elevation ranges, and desert grassland with mesquite in its lower segment. The river corridor and its uplands also include areas that are canyon confined, with high, rocky cliffs 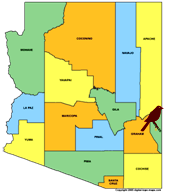 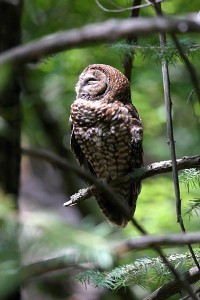 Birds: To date, 216 species have been documented in this IBA with 138 likely breeding.

Conservation Concerns: Historically, the greatest stress to the river system has been caused by livestock grazing, which caused significant hydrological changes. The U.S. Forest Service has acted to remove most livestock grazing from the main Blue River over the last decade, allowing for the natural regeneration of the riparian habitat and recovery of natural hydrological processes. Exotic crayfish are present in the streams and pose significant threat to native fish, amphibians, and aquatic invertebrates on which native species depend. 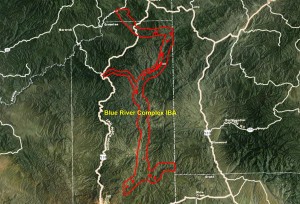 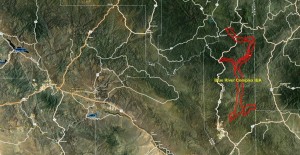 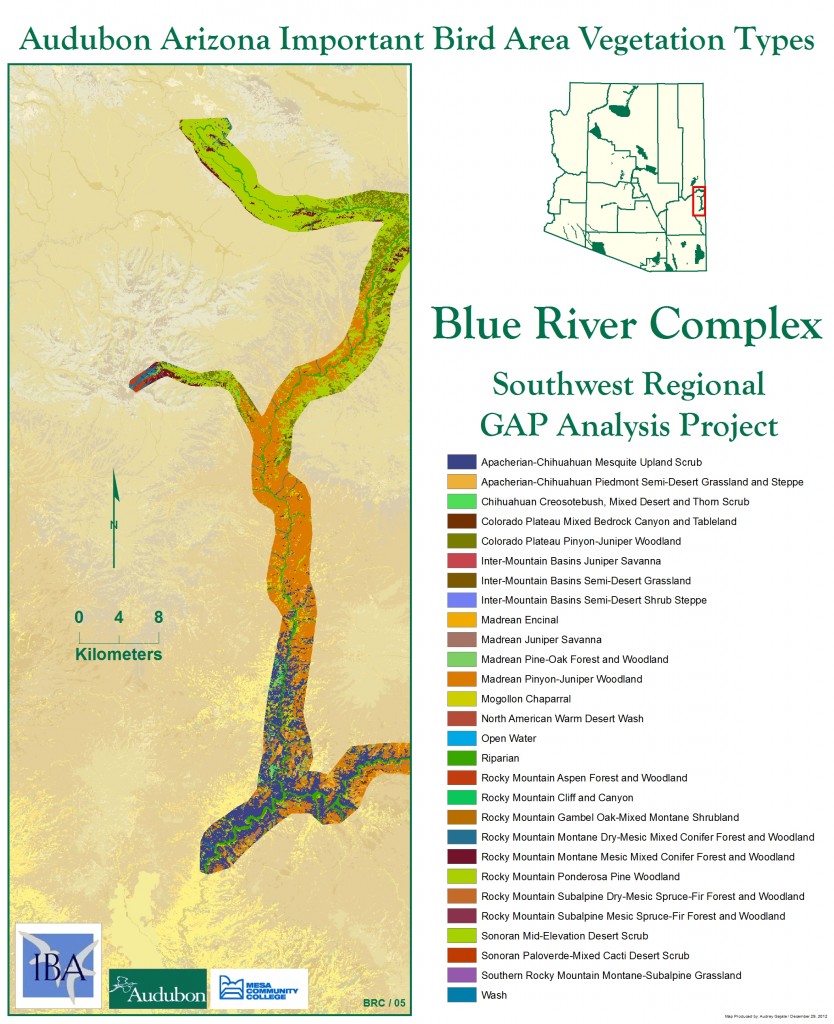 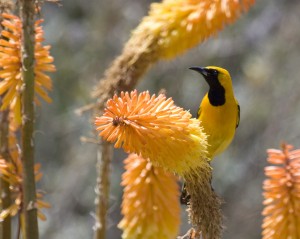 There were 17 Active Nests of Mexican Spotted Owl documented in 1995 from Clifton Ranger District only, plus 10 alternate nests. To date, 216 species have been documented with 138 likely breeding.  Surveys have documented breeding  “special status” species which are riparian obligatory or have strong association to riparian corridors such as Common Black-Hawk, Yellow-billed Cuckoo, Belted Kingfisher, Cordilleran Flycatcher, Purple Martin, Bell’s Vireo, Lucy’s Warbler, and Hooded Oriole. Gray Catbird, Bendire’s Thrasher and MacGillivray’s Warbler are also suspected to be breeding (ABBA 1993-2001). The presence of other (non-listed) breeding riparian-obligatory species has been documented, and this list includes American Dipper, Yellow-breasted Chat, Summer Tanager, and Blue Grosbeak. In addition, the following “special status” species are also known to use the riparian corridor in migration or winter: Great Egret, Snowy Egret, Osprey, Bald Eagle, Solitary Sandpiper, and Willow Flycatcher.

Other Flora/Fauna: This site is also a significant native fishery resource, and has been designated as Critical Habitat for the loach minnow and spikedace. There is a Mexican Wolf Recovery area located within the Blue River watershed where reintroduction efforts have been taking place. 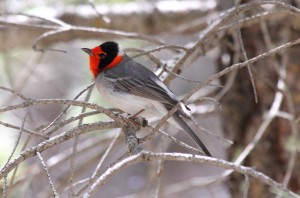 Conservation Issues: Historically, the greatest stress to the river system has been caused by livestock grazing, which caused significant hydrological changes. Removal of upland and riparian vegetation and the exposure of highly erosive soils contributed to increased erosion, subsequent reduction in the natural meandering of the stream, scouring, sedimentation, flooding, and channelization of the river corridor. The U.S. Forest Service has acted to remove most livestock grazing from the main Blue River over the last decade, allowing for the natural regeneration of the riparian habitat and recovery of natural hydrological processes.

Bark beetle infestation and drought stress in the upper watershed along with fire suppression contribute to a risk of catastrophic fire. Such a catastrophic fire threatens vegetation and can cause adverse changes to the hydrology of the river through loss of old trees, exposure of erosive soils, potential flooding, sedimentation, and scouring.

Exotic crayfish are present in the streams and pose significant threat to native fish, amphibians, and aquatic invertebrates on which native species depend.