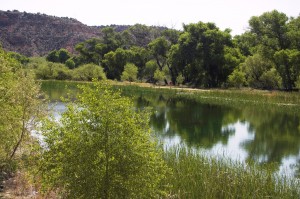 This IBA consists of three distinct and inter-related water-based systems: 1) The Verde River Greenway riparian corridor, 2) Peck’s Lake and associated riparian and upland habitats, and 3) Tavasci marsh, a spring-fed marsh of approximately 70 acres, presently with influx of Verde River water from Peck’s Lake. Peck’s Lake, Tavasci marsh, and Peck’s Lake is supplied water from a tunnel (flume) from the Verde River, and its overflow passes into and through Tavasci marsh back to the Verde River downstream. Tuzigoot National Monument is a National Park Service unit in the middle of the IBA and is all upland habitat. Northern Arizona Audubon Society is the steward for this site. More information about Northern Arizona Audubon Society and how you can help as a volunteer can be found at http://www.northernarizonaaudubon.org/. 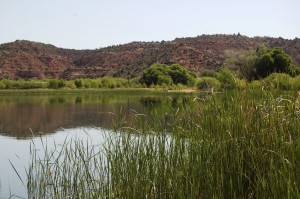 The marsh, composed of emergent vegetation, sedge, bulrush, cattail, comprises about 12% of the IBA.  Riparian gallery forest of Fremont cottonwood, Goodding willow, and mesquite borders the Verde River and the east side of Tavasci marsh (15%).  Mesquite bosque (20%) borders the south and north side of Tavasci marsh, and around Peck’s Lake, with the greatest tree height on the north side of Tavasci marsh, and well developed around Peck’s Lake.  Chaparral habitat is present on the uplands (30%).  Open water of Peck’s Lake comprises about 10% of the IBA.  The remaining habitats consist of grassland and cliff/rock.  The marsh is managed for habitat/wildlife conservation, Peck’s Lake remains open to hunting, and 5% of the area is the National Park Service owned and managed Tuzigoot National Monument. 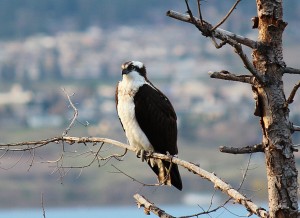 This ecosystem provides high quality wetland, lake, and riparian habitat for migrating, breeding, and over-wintering birds. The marsh habitat stands out for its uniqueness in Arizona, and its populations of Least Bittern and Virginia’s Rail, Belted Kingfisher, Great Blue Heron (in winter), with rare Yuma Clapper Rail detections. The riparian area including the mesquite bosque stand out for the conservation status birds using the habitat both during the breeding and migration passage periods. The over-wintering waterfowl numbers can exceed 1000 birds at Peck’s Lake, species in notable numbers include Canada Goose, Gadwall, Mallard, Northern Shoveler, Green-winged Teal, Canvasback, and Ring-necked Duck. Bald Eagles and Osprey are known to winter along the Verde River, both also use the IBA during the migration periods. Yellow-billed Cuckoo have been found to nest within the IBA (1 pair), a conservation status species. The mesquite bosque supports an abundant Lucy’s Warbler population, a conservation status species. Species using the area in migration include: Southwestern Willow, Gray, and Cordilleran Flycatchers, and Virginia’s and MacGillivray’s Warblers, all of which are species of conservation status. In winter the surrounding sedge and grassland habitat support hundreds of over-wintering sparrows, notably the Brewer’s Sparrow in huge numbers (>200 ind.), and the riparian area hosts the Red-naped Sapsucker (uncommon), both species of conservation status.

Water quality of Peck’s Lake is not meeting Arizona Department of Water Quality standards, past mining activities is believed to be the cause.  In an attempt to meet water quality  standards, the Verde 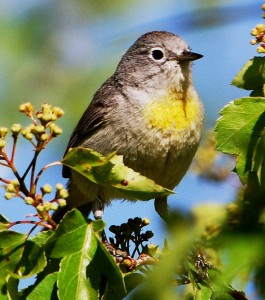 River water is diverted into Peck’s Lake.  The water over-flow moves into and through Tavasci marsh, altering its natural spring-fed hydrology.  The marsh is deeper and warmer, causing changes to the riparian vegetation, and the aquatic community of the marsh.  The Verde River riparian area is subject to free-range cattle in the area, and has experienced severe grazing impacts to the under-story and mid-story riparian vegetation.  The bosque habitat around the marsh and lake do not experience this grazing impact.  The IBA includes a mine tailings area adjacent to Peck’s Lake that has been proposed for various types of development by the PD Corporation.  These development plans remain on hold, and negotiations with various conservation interest groups and the National Park Service is on going with PD to acquire PD lands by the National Park Service or the State of Arizona.  Another threat is the Cottonwood Ditch Association’s diversion of some of the Verde River into its ditch within the IBA near the foot of the Tuzigoot NM.  Lastly, 26 miles upstream, a proposed home development (proposed at 25,000 homes), threatens the source waters of the Verde River. 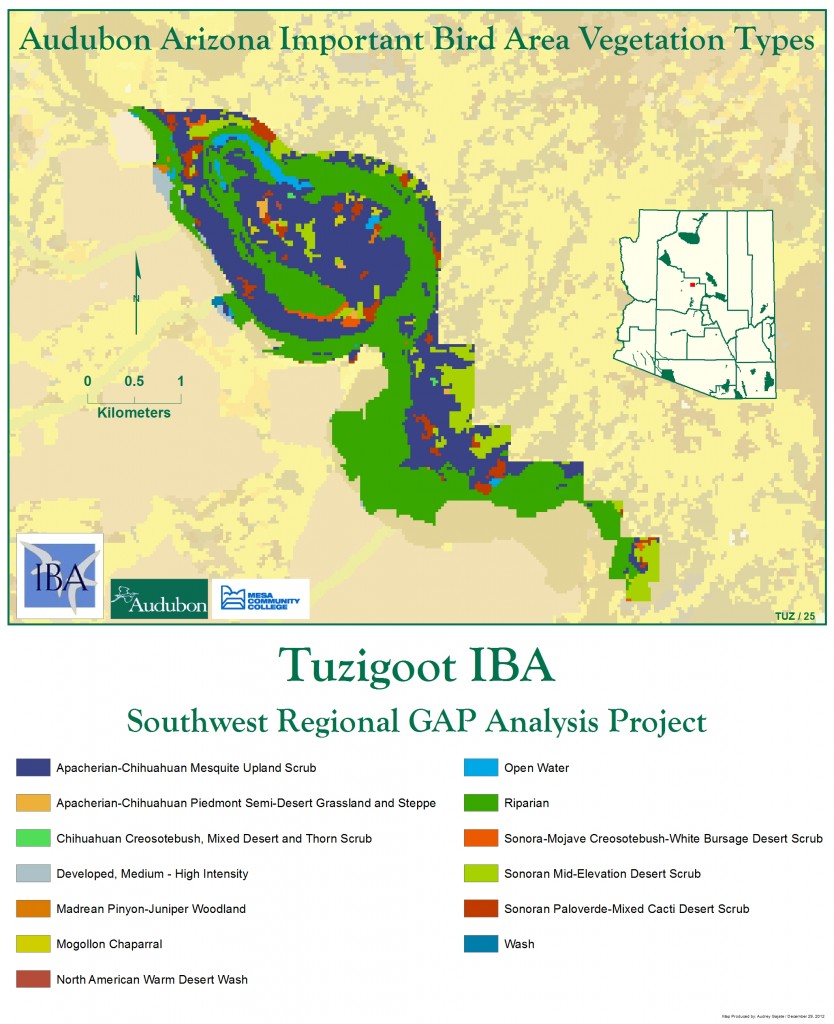 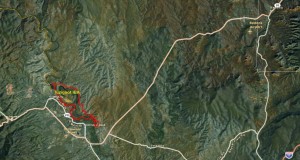 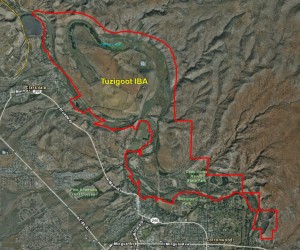